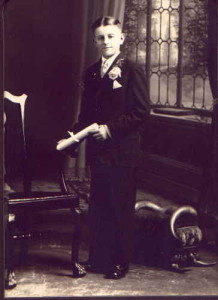 When Grandpa was 14, he began working on a farm ten miles away from his home – a farm in Burlington, just north of Archbold. He began attending school in Archbold his junior year and met his future wife, Leanna Nofzinger. The couple were married on March 4, 1939. Grandma preceded him in death by 21 years. 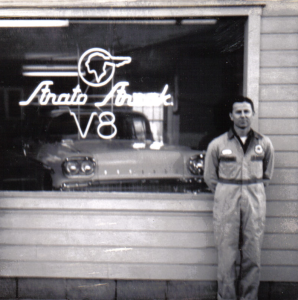 It was Leanna’s father, C.J.. and his brother John, who founded our family business, originally called Nofzinger Brothers. Grandpa went to work for the Nofzingers in 1939, and eventually took over the business with a partner when the founders passed away. The company was incorporated in the 1950’s as Nofzinger Motor Sales Inc., a name we still hold today, even though we do business as CAR 1. He became the sole owner of the business in 1967 after the death of his partner. 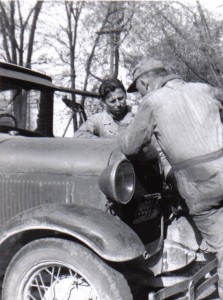 He was an extremely hard worker. Grandpa said that in the early days of the family business, they worked six full days per week, taking off only on Sunday to attend worship services and enjoy some much needed rest. The business operated as both an auto dealership and a salvage yard.

As owner, Ed sold cars and continued to work in the shop as a mechanic.

In fact, Grandpa worked at the business until two days before his death, and when he went home from work that day he trimmed shrubs around his famously-tidy lawn.

We are thankful for the work ethic this man instilled in his children, grandchildren and great-grandchildren. (This summer Grandpa got to work alongside the 5th generation – my son Daniel, who is working part-time.)

We’re even more thankful for his leadership to our family as a follower of Christ.

God gave our family 98 years, 3 months and 21 days to spend with Grandpa, and we are thankful for each and every one. 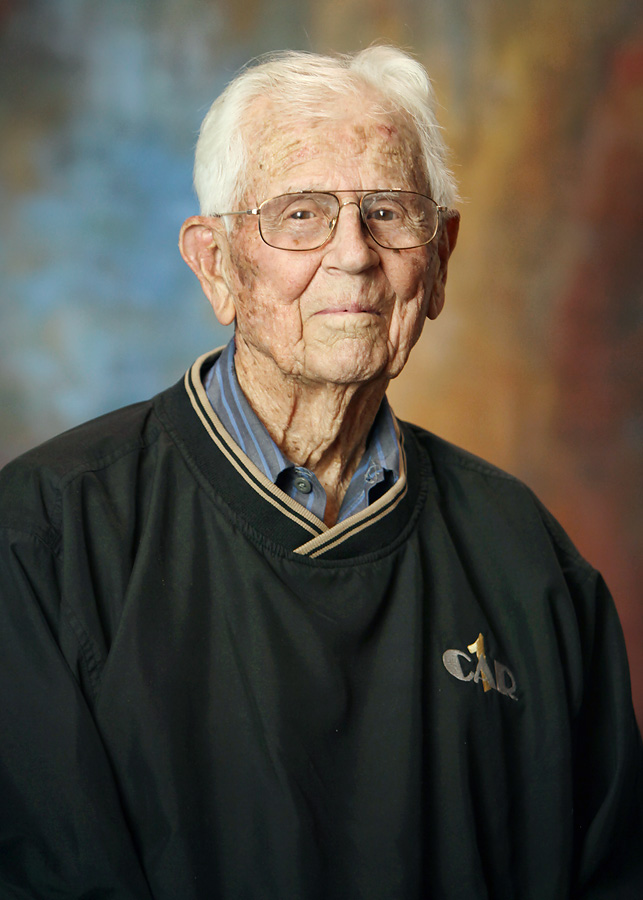